Looking for a product from one of our brands but can't find it send us an email:sales2@securityandmore.co.za and we will get it for you!

Don't miss out on any promotions, product announcement or giveaways in the future, sign up now

Don't miss out on any promotions, product announcement or giveaways in the future, sign up now! 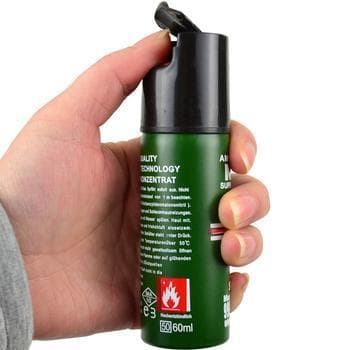 Pepper spray also known as OC spray (from "Oleoresin Capsicum") OC gas and capsicum spray is a lachrymatory agent (a chemical compound that irritates the eyes to cause tears pain and even temporary blindness) that is used in riot control crowd control and personal self-defence including defence against dogs and animals.

Its inflammatory effects cause the eyes to close taking away vision. This temporary blindness allows officers to more easily restrain subjects and permits persons using pepper spray for self-defense an opportunity to escape.

The active ingredient in pepper spray is capsaicin which is a chemical derived from the fruit of plants in the Capsicum genus including chilis. Extraction of oleoresin capsicum from peppers involves finely ground capsicum from which capsaicin is extracted in an organic solvent such as ethanol. The solvent is then evaporated and the remaining waxlike resin is the oleoresin capsicum. An emulsifier such as propylene glycol is used to suspend the OC in water and pressurized to make it aerosol in pepper spray. The high performance liquid chromatography (HPLC) method is used to measure the amount of capsaicin and major capsaicinoids within pepper sprays.

Pepper spray typically comes in canisters which are often small enough to be carried or concealed in a pocket or purse. Pepper spray can also be bought concealed in items such as rings. There are also pepper spray projectiles available which can be fired from a paintball gun. It has been used for years against demonstrators. 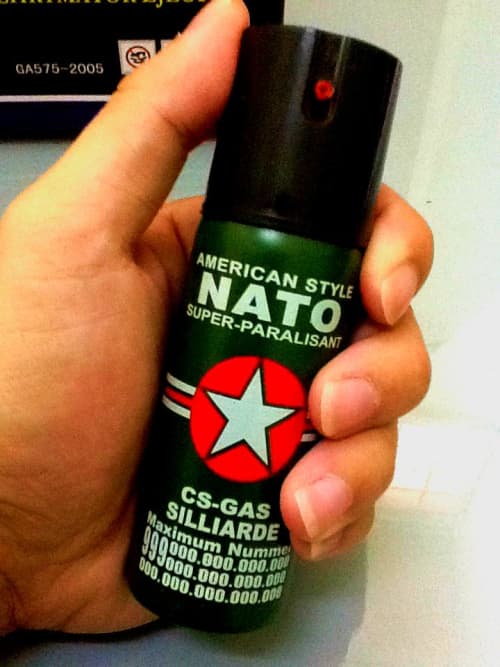 We Deliver anywhere in South Africa

You can view our shipping options HERE

Satisfied with your product or service you've received?

Leave us a review HERE

We process payments through Payfast. You can find out more about our payment provide HERE

Your
payment information is processed securely. We do not store credit card
details nor have access to your credit card information